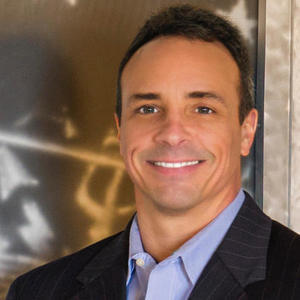 Co-Host of Leaders and Legends

Robert, who has been hailed as “the great communicator” by influential and award-winning Indianapolis Star columnist Matt Tully, is the principal of Veteran Strategies. He served his country in the United States Army as a public affairs specialist and broadcast journalist and was awarded the Meritorious Service Medal.

As deputy chief of staff and communications director for Indianapolis Mayor Greg Ballard (2008 to 2010), Robert coordinated messaging, briefed the media and led community outreach for numerous high-profile projects, issues and events. Among these was the successful $2 billion initiative by the mayor’s office to transfer the water and wastewater utilities to Citizens Energy Group. The plan and its execution earned endorsements from The Indianapolis Star, The Indianapolis Business Journal and Engineering News Record.

In 2014, Robert planned and executed a successful media strategy for the $160 million partnership between the city of Indianapolis, the Capital Improvement Board, and Pacers Sports & Entertainment. In 2018, Veteran Strategies directed the $272 million referenda effort on behalf of Indianapolis Public Schools. Voters passed each referendum with more than 70 percent of the vote.

Robert’s columns and opinion pieces have appeared in both The Indianapolis Star and The Indianapolis Business Journal. Additionally, Robert has provided on-air commentary for radio stations such as WIBC and the local ABC, CBS, PBS, and FOX television affiliates.